Acepedia
Register
Don't have an account?
Sign In
Advertisement
in: Stubs, Articles in need of images, Aircraft,
and 5 more
English

It made its debut on the handheld Ace Combat X: Skies of Deception.

The XR-45 is a next-generation concept aircraft produced by an unknown manufacturer. As with other limited-production aircraft of its era, control is governed by the COFFIN flight system, which lacks the highly visible external lights emitted other by most planes using the technology, such as the ADF-01 FALKEN.

The Cariburn uses two powerful two-dimensional thrust vectoring engines, reinforced forward-swept wings and a vertical canard beneath the body, making it extremely maneuverable. An extremely large air intake is placed near the cockpit, the aerodynamic effects of which make the plane slightly slower than most contemporary aircraft by countering the engines' power.

Built for air combat, the XR-45 displays a high operational capability as an interceptor and high-altitude fighter, having no equal in air-to-air combat under the right hands.

During the early days of the Aurelian War, Falco One used the aircraft as his main fighter.[1] It was later made available for use by Gryphus One.

The Cariburn was made available for Antares Squadron during the Valahia Crisis.

"An air-to-air fighter with a unique forward-swept wing design."
― Hangar 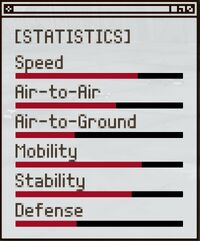 Available at the start of the game.

"An air-to-air fighter with a unique forward-swept wing design."
― Hangar 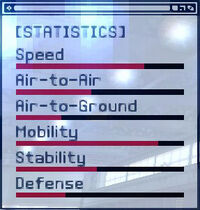