The YR-302 Fregata was a specialized attack aircraft produced sometime by the 2020s. It features a unique body design as well as an unconventional quadruple-engine arrangement, causing rumors that it was actually a spacecraft. Contrary to such rumors, it has poor high-altitude capabilities.[1]

The Fregata is extremely heavy due to its armor, weapons payload, and massive fuel capacity. However, its four large engines combined with vector thrust nozzles add to the aircraft's mobility. Its complicated body design leads to the aircraft rapidly consuming fuel and having a short cruise time. As a result, the Fregata is highly demanding in maintenance. The aircraft uses the minimum necessary electronic and COFFIN equipment to counterbalance the maintenance requirement.[1]

During the early days of the Aurelian War, Falco One used the aircraft as his main attacker.

The Fregata was made available for Antares Squadron during the Valahia Crisis.

"A fighter with four massive engines, its characteristic design distinguishes it from all other large-body attack aircraft."
― Hangar 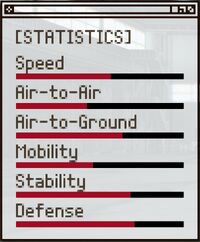 Available from the start of the game.

"A fighter with four massive engines, its characteristic design distinguishes it from all other large-body attack aircraft."
― Hangar 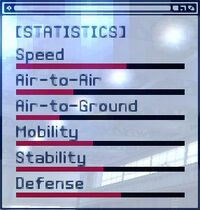 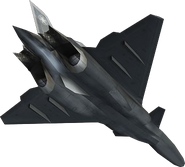 Retrieved from "https://acecombat.fandom.com/wiki/YR-302_Fregata?oldid=247952"
Community content is available under CC-BY-SA unless otherwise noted.