The Forneus is a next-gen prototype fighter, one of a handful produced in 2020. Developed using knowledge from existing designs, it uses a unique laminar flow control system that achieves a "breathing wing" effect to reduce drag, thus increasing performance. However, the technology remains shrouded in secrecy.[1]

Instead of designing the body a certain way, the Forneus uses radiation-absorbent material and onboard electronic equipment to remain stealth. As with other aircraft of the era, it also employs a COFFIN system for control (supported by 12 cameras). All of the new technology incorporated into the Forneus result in high production costs, making mass adoption impossible.[1]

A bomber version with an enlarged body, the YRB-89, was also produced and deployed during the Aurelian War.[2]

During the Aurelian War, the aircraft was made available for Gryphus One.

The Forneus was made available for Antares Squadron during the Valahia Crisis. 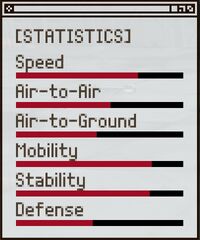 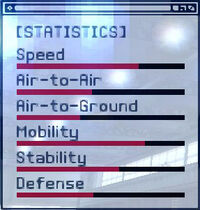